Rhino
There are two types of rhino in Southern Africa: the black rhino and the white rhino. Rhinos are most commonly found in South Africa, Namibia, Zimbabwe and Kenya.

The poaching of rhino has risen dramatically as the influence of Asia has increased in Africa. Poaching has sky rocketed since 2008, and South Africa in particular has borne the brunt, with up to a thousand rhinos a year being slaughtered in certain years. 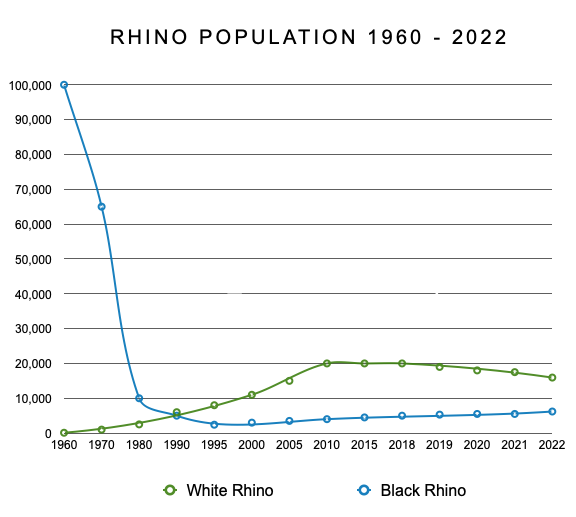 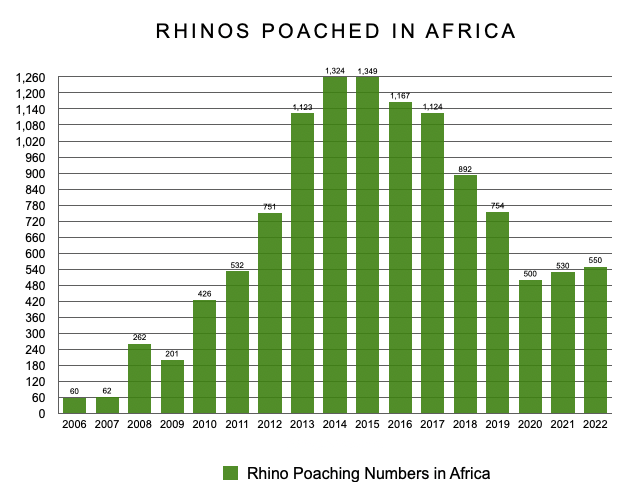 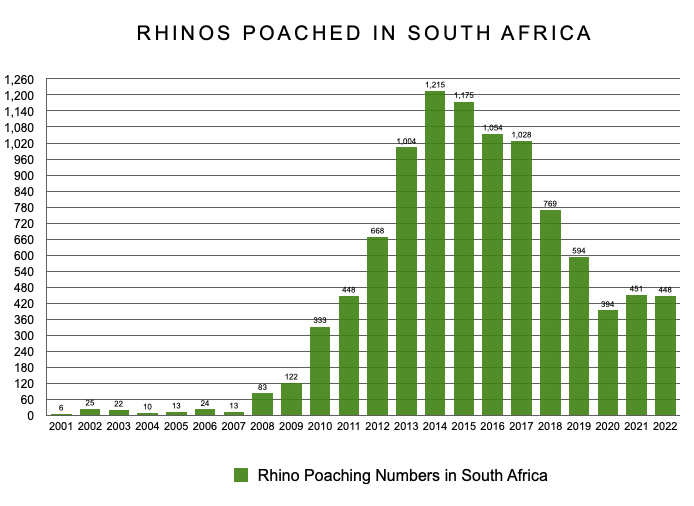 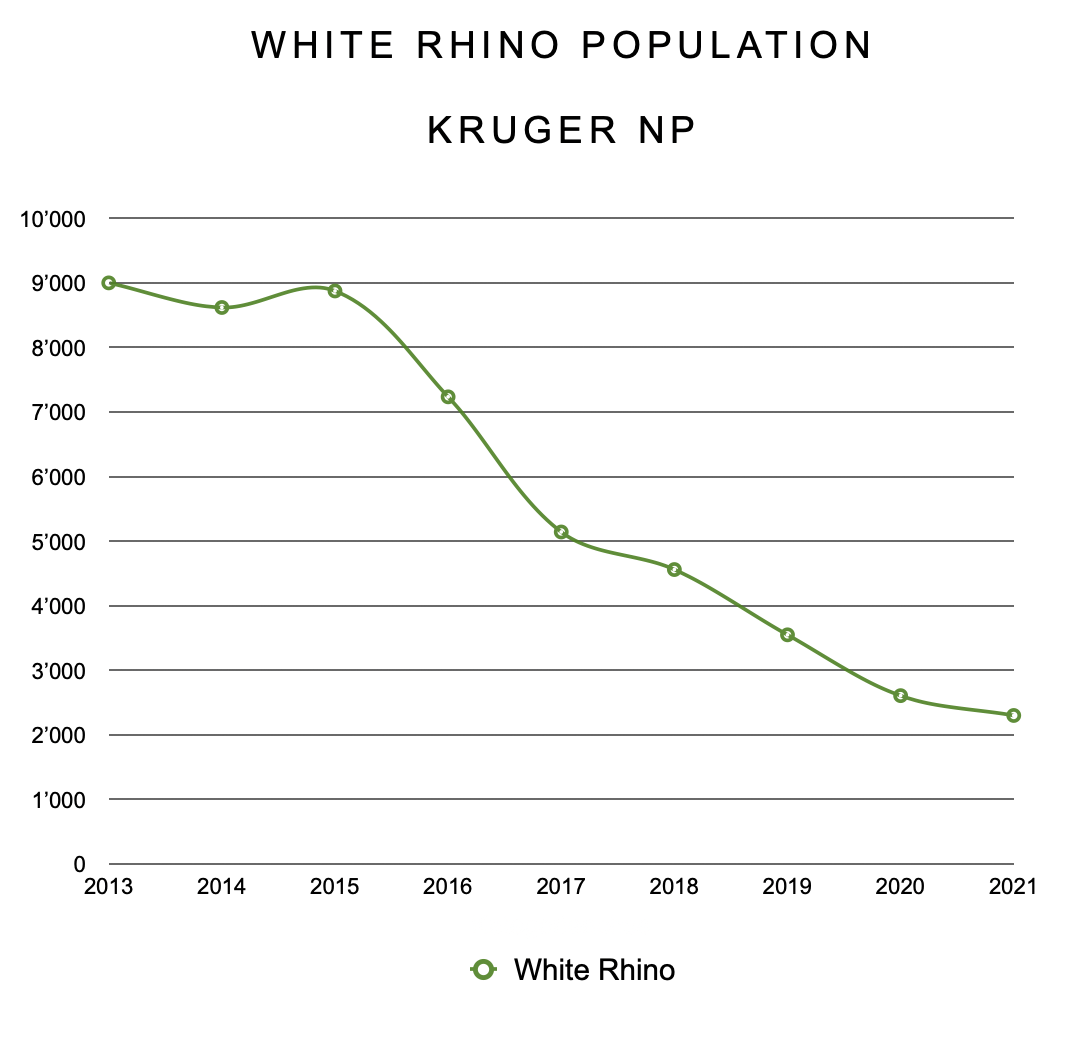 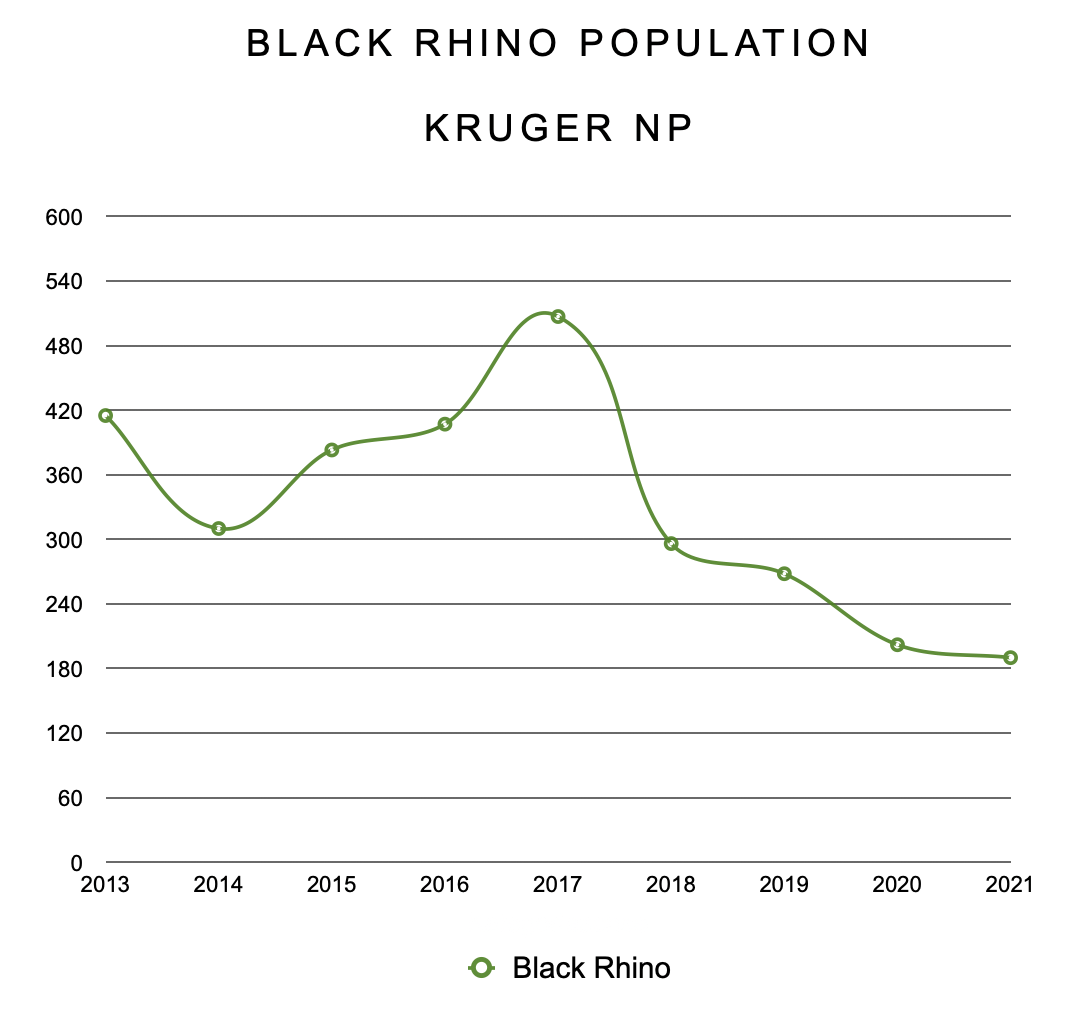 It is suspected that the primary market for rhino products can be found in Vietnam and China, where huge sums of money exchange hands for just 1 kg of horn, which is seen there as a cure for cancer and other illnesses. Rhino horn, however, is made entirely of keratin – the same material as human nails – which means patients chewing on their own fingernails has exactly the same effect as consuming rhino horn.

Poachers shoot or sedate the rhino before removing its horn so close to its head that it ends up bleeding to death. Countermeasures include increasing patrols in protected areas, colouring horns, implanting tracking devices, poisoning horns and preventatively removing horns.

Another way of protecting rhinos is to translocate them to safe areas such as Botswana, where a better protection of the animals is hoped for.