Lion
An expanding global population is encroaching on the natural habitat of the lion, forcing it out of its ancestral homeland and leading to an increasing number of conflicts between lion, human and livestock. Farmers, whose cattle are killed by lions, poison or shoot them. About 200,000 lions lived in Africa at the beginning of the 20th century, today there are just 20,000 left!

Poachers kill lions because it is believed that their bones have special medicinal properties. It is this same superstition that has led to tigers and rhinos becoming almost extinct. The threat status of lions must be reconsidered and increased to ‘endangered’ in order to achieve stricter legal protection.

A further threat comes in the form of wealthy trophy hunters who dish out fortunes to kill these magnificent creatures. There are simply too few lions to make even a single exception. South Africa in particular has become the seat of the truly unpleasant business of ‘canned hunting’, where lions are reared and nurtured for the sole purpose of being shot by hunters. 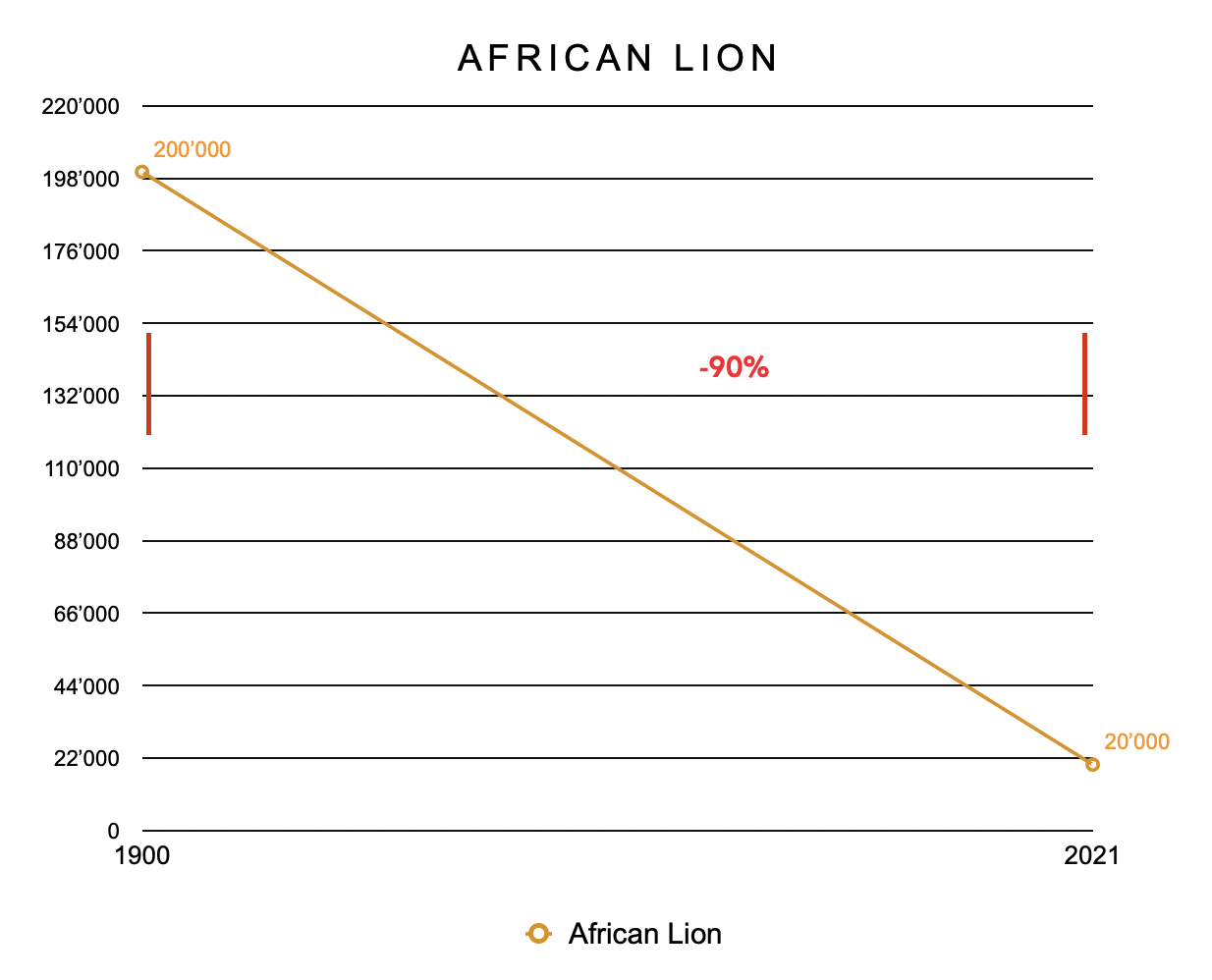