The continuation of the nature conservation projects and the protection of the wildlife areas is elementary for the future of the parks, otherwise there is no "after Corona". A sustainable tourism model built up over decades, which contributes greatly to the conservation of wildlife, would be severely damaged or destroyed forever.

With your help we would like to support the endangered natural areas in southern and eastern Africa with all our strength. Help us to preserve the wildlife in Africa - now more than ever!
Kafue National Park
Kafue National Park, situated just over an hour by air from the capital Lusaka, is Zambia's oldest and largest park. Kafue National Park sits at a height of 1350m above sea level and covers 22’400 km². The three rivers Lufupa, Lunga and Kafue all carve their way through the park before being blocked by the Itezhi Tezhi Dam in its southern part.

The northern part of the park is home to the spectacular Busanga Plains, which flood during the wet season and gradually dry up again as October approaches. Flooding reaches its peak in March/April. Most camps open in May/June and close again in November when the rains arrive. 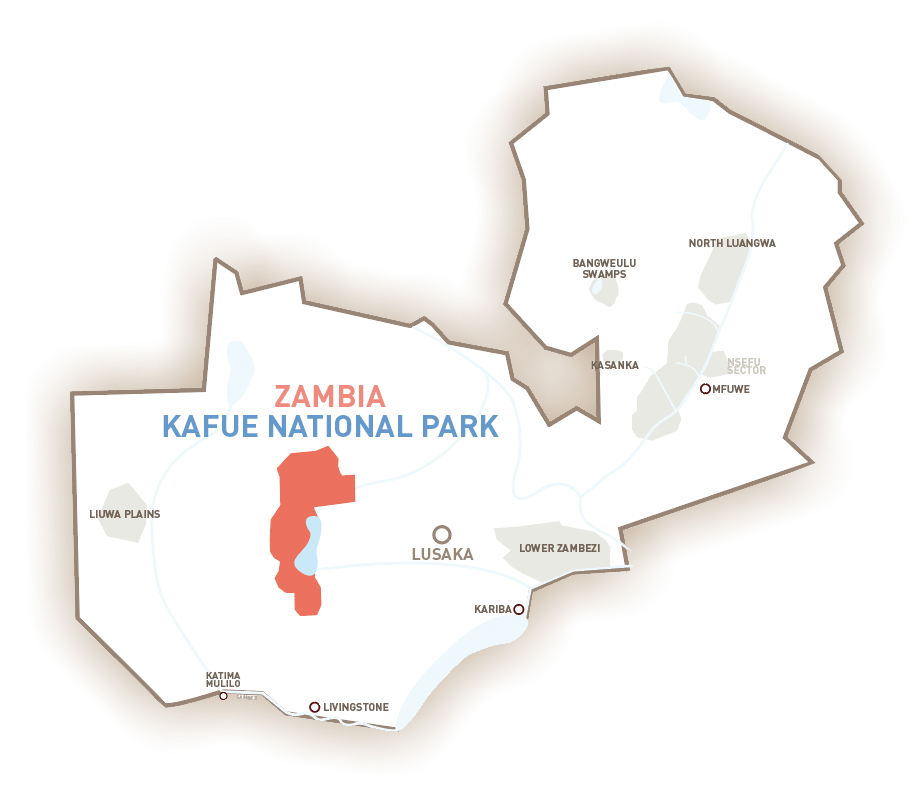