Elephant
Elephants carry young in their bellies for almost two years before they are born. This long gestation period, along with the fact that they usually only give birth to one calf at a time, means the reproduction rate of the elephant is relatively low.

Poachers are interested in the elephant’s tusks. During the worst period of poaching, which took place in the 70s and 80s, it is estimated that 100,000 elephants were shot dead annually, and that a population of 3-5 million was reduced by 80 %. Trade in elephant ivory was declared illegal in 1990, a measure that enabled the population to recover in several regions. However, wherever corrupt governments are at work, the slaughter continues, especially in the south of Tanzania (Selous Game Reserve and Ruaha National Park) where the population is believed to have been reduced by a further 60% in the past couple of years alone.

Elephants rely on corridors and huge areas of connected wilderness to travel great distances for food and water. Conflicts arise between elephants and local communities when these migratory routes are obstructed due to land grabbing and demographic pressure. 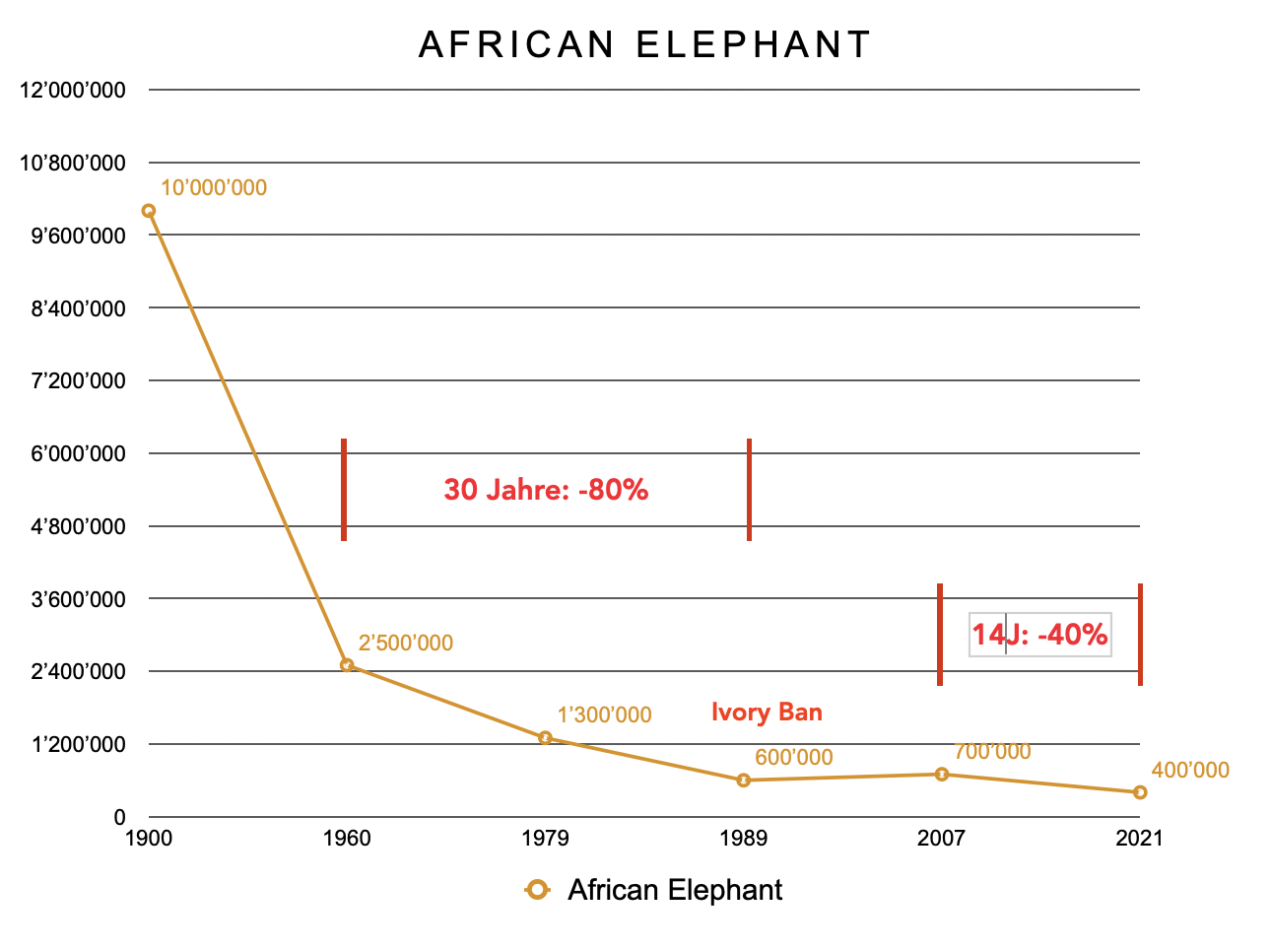