Choose your language
Deutsch
English
Rhino Protection, Botswana
The rhino is an acutely endangered species. A rapid increase in poaching over the last few years has greatly depleted the remaining population in southern Africa. With a reputation for rescuing rhinos spanning 20 years, Wilderness Safaris has created a new rhino nucleus on Chief's Island in Botswana, which now mates and multiplies successfully.

Since 2015, Great Plains & andBeyond have also been helping with the Rhinos Without Borders project to move rhinos from areas threatened by poaching to more remote and sheltered areas. This not only protects the animals from the dangers of poaching, but also provides a healthy genetic boost to and distribution of the existing rhino population in southern Africa..

The resettlement of individual animals had to be planned for the long term and was carried out with great care under strict secrecy. Our initial donations were primarily used for transport. In a second step, the aim is to finance the monitoring and protection of rhinos in Botswana.

With great pleasure we can say that as of 2020, 40 new Rhino babies have already been born and the rhinos are obviously very comfortable in Botswana. The relocation was a great success!
Support this project
Rhino Protection, Botswana
Donate now!
Our goal is to continuously finance these projects and to support them with a constant sum every year. This facilitates the annual planning for our partners in Africa.
Success Stories
Year 2022
Rhino Monitoring, Botswana
2022 - Support the Rhino Monitoring in Botswana - Donation of USD 10'000

Rhino Without Borders (RWB) is continuing the strategy of increasing wildlife monitoring of existing rhinos in the Okavango Delta instead of re-locating more animals from South Africa due to the current situation that Covid has created with the devastating loss of tourism and its economic support.
Learn more
Year 2021
Rhino Monitoring, Botswana
2021 - Support the Rhino Monitoring in Botswana - Donation of USD 10'000

Conservation in Africa in 2021 is still a big challenge. Due to Covid-19, tourists are staying away and funds for nature conservation are lacking. It is absolutely vital that the rangers can continue to do their job and protect the rhinos.
Learn more
Show me all entries ∨ 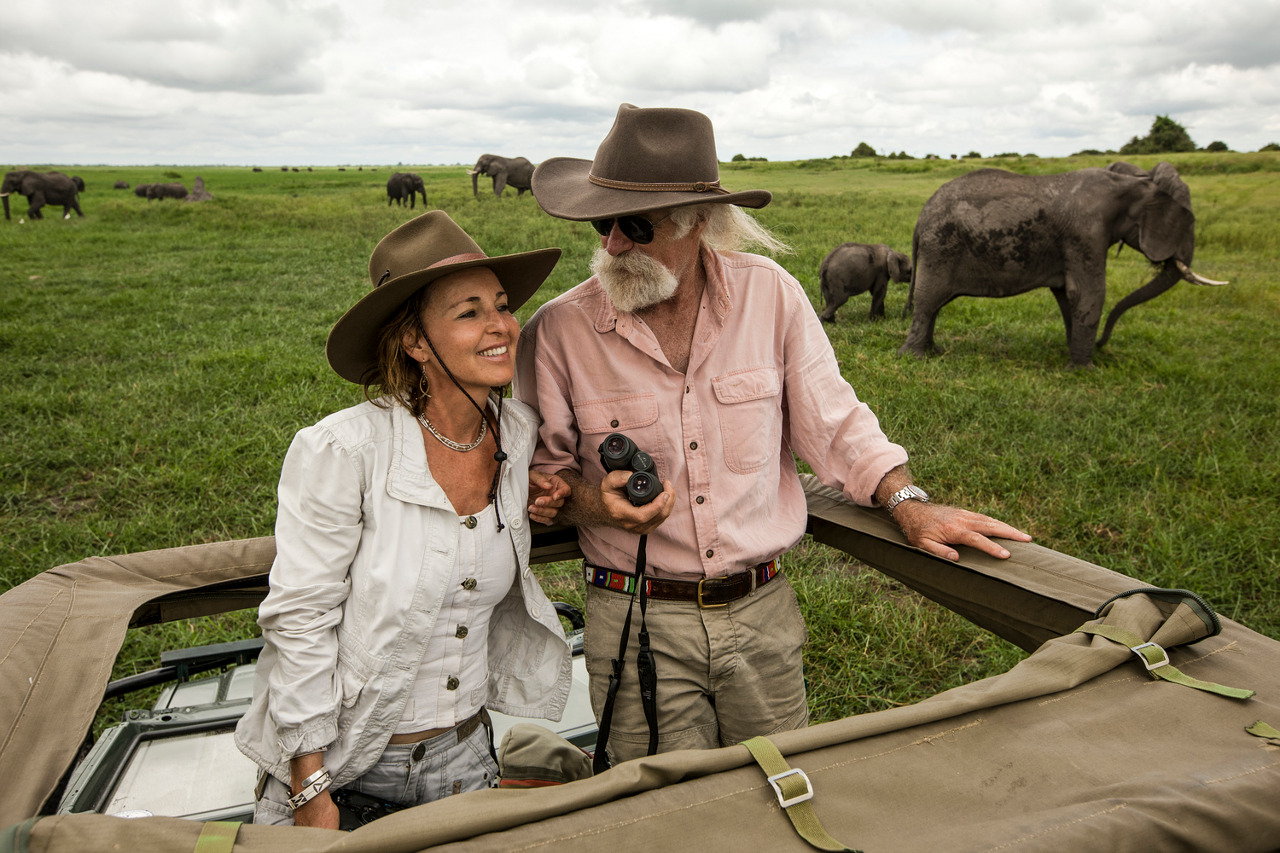 All of Dereck & Beverly's work has one goal: to save the wild areas of Africa and protect the wildlife that depends on them. The President of Botswana described them aptly when he said, "Theirs is a life long passion; for each other, for big cats, for Africa...they are true "children of Africa."
Further reading
2021 Q3 Field Report
2021 Q4 Field Report