Choose your language
Deutsch
English
Hwange National Park
Covering 14’500 km², Hwange National Park is the largest game reserve in Zimbabwe. Open plains with Kalahari sand give way to dense mopane forests and acacia bushes. The park offers one of the highest concentrations of wildlife in the whole of Africa.

Hwange National Park can become very dry and in the high season from June to October large herds of buffalo and elephants are attracted to the waterholes. Most of the waterholes are artificially created and can be recognized by the windmills that operate a pump that brings the precious water to the surface.

Conservation is hardly possible in a country as poor as Zimbabwe without private initiatives. The private camps have ensured that the park and its infrastructure survived during the Mugabe period and they are now fighting again to ensure that wildlife protection is not stopped due to lack of funds because of Covid-19. 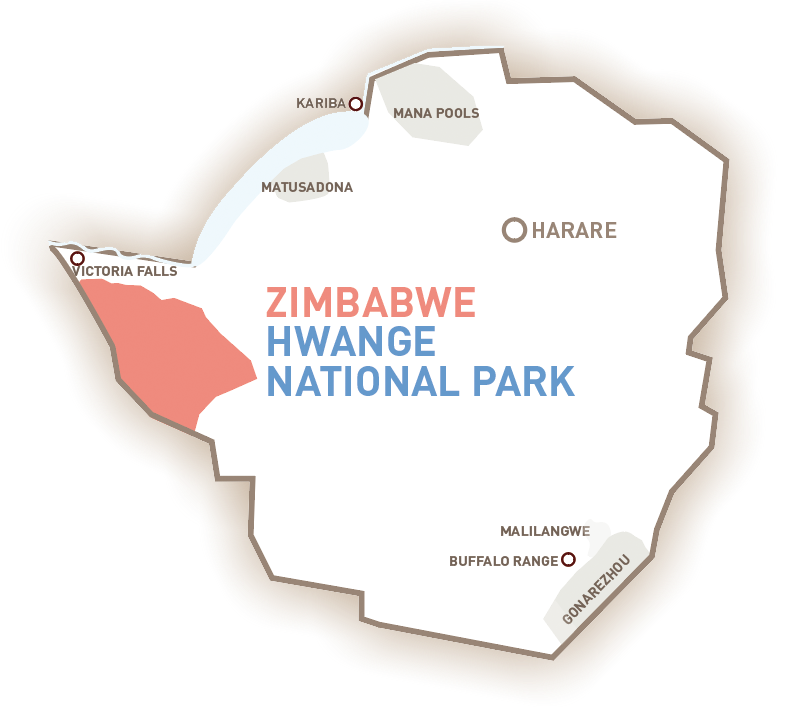